Jason saw my posts about the Raleigh cyclocross project, and sent me some info/pics of his Centurion cyclocross bike.

The message here is that for budget conscious riders, a cheap cyclocross bike isnt hard to do. Plus, don't forget cyclocross designed bikes are a rather new concept within the last fifteen years. Prior, guys like Jason and I were taking these old road bikes and retrofitting them to go offroad. 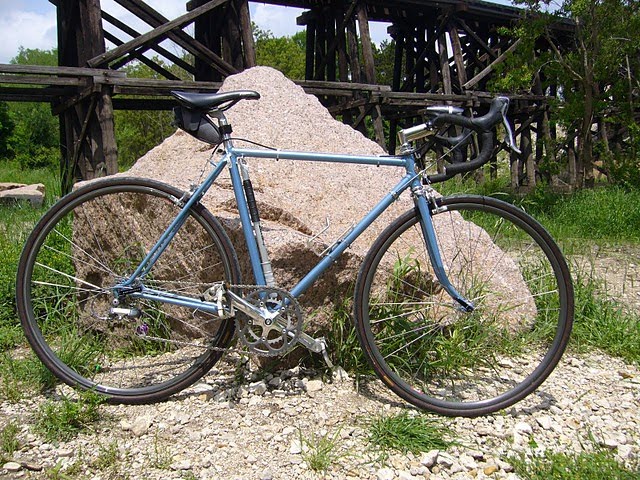 Excerpts from Jason's email: "It's set up for running around town now, but come Sept I'm gonna throw some knobbies on it and use it for my backup race bike. The MAFAC racers are dope, can't really make out what's on your Raleigh, but let's be honest all center pulls are decent enough for cross or commuting." 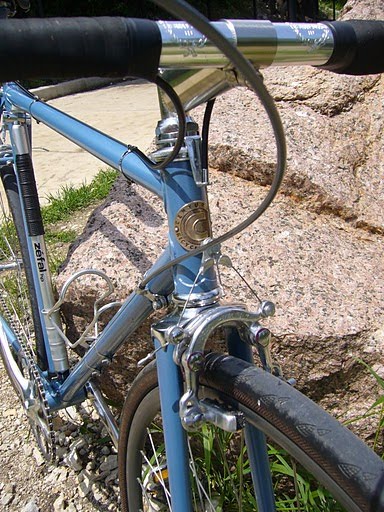 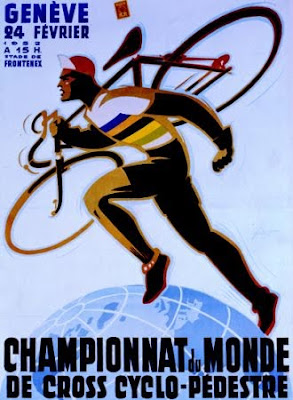 Just thought this was cool. link
at 11:43 AM No comments:

Worked on the bike after work today:

It had old rusted cheap cottered cranks previously. What's worse is that I'm sure the previous owner didnt know or take the time to service them, because they wiggled like crazy in the BB. I initially tried tightening the BB cups without taking off the cranks, this didnt solve the problem.

I bought a set of Sugino VP cranks with a 130BCD pattern, and they had a gunmetal color paint over the top of them, not anodized. Using some paint remover, steel wool, scraper, soft rag and some metal polish I sparkled them up pretty well.Will get a 48t big ring when the season gets closer.

Getting off the cottered cranks was a chore, using Sheldon's tutorial was vital. . I ended up breaking off the threaded portion, drilling out the cotter pin, heating everything up with a torch and then driving it out with a punch. Then I removed the other side's BB cup so that I didnt have to remove both cotters.

Installed the old school Stronglight Competition BB that I bought for $2 and everything looks pretty good.

Cannot find a photo of the Sugino VP cranks online in the 130bcd pattern with the gunmetal paint, but they were hideous. Now, I think they look a lot like one of my most favorite cranks the Dura Ace 7400's. 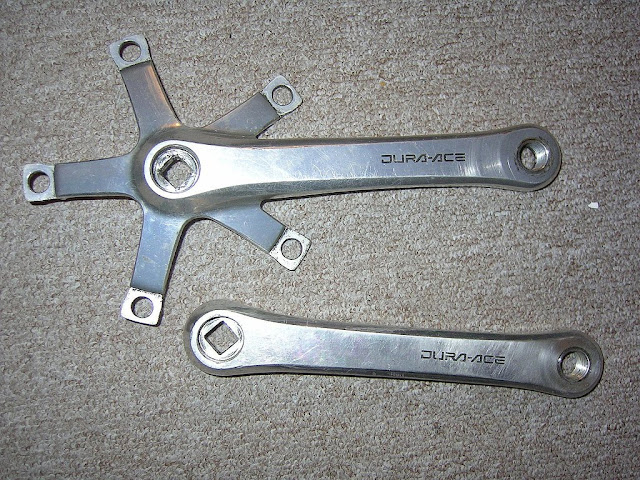 Had the alloy pedals sitting in a box so decided to throw them on, will get some clipless in the near future.

Lastly, snapped a photo of the Wright's leather saddle I got off of eBay for $20 shipped. I'll use this saddle and seatpost for general cruising, but will switch back to the plastic/leather Turbo for cyclocross racing as I'll feel more comfortable abusing that one.

Here are some before pics of the Raleigh Grand Prix. Accumulating parts as we speak, I'm currently riding this bike everyday commuting to work, so cant have any downtime due to rebuilding.

Thus, I'm planning on amassing my parts, polishing what needs to be polished.

Hardcore CX racers will always have at least two bikes built up alike so that they can swap bikes midrace and not miss a beat.

A pair of custom cyclocross frames are for sale, with such a purpose in mind.

The most popular page on this little blog is also one of my first posts: the Cyclocross FAQ

Written in September of 2005, most of the content is still fairly accurate, though on my list is to make revisions.

Check it out and let me know what needs to be added or changed.
at 8:20 AM 1 comment: 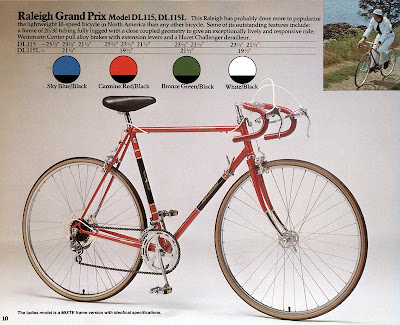 Moved back to Sacramento, got a job 3 miles from my house and thought I'd get a bike that I could ride to work that would double as a cross bike if I decide to do a few races this year.

I want to call it my "vintage cx bike" but "ghetto cx bike" probably explains my budget a little better.

Got it off of Craigslist for $60, needs new tires, and I'll probably paint it too cause I always like that.