So the vintage Novara adventure racing bike is nearly done. I'm waiting to put the chain on when I get my new cranks.
I did find an aluminum threadless fork with 1" steering tube (which isn't easy. This was a Kinesis off of eBay).
Also, I have a set of used FSA Carbon Pro Compact cranks on their way to me. 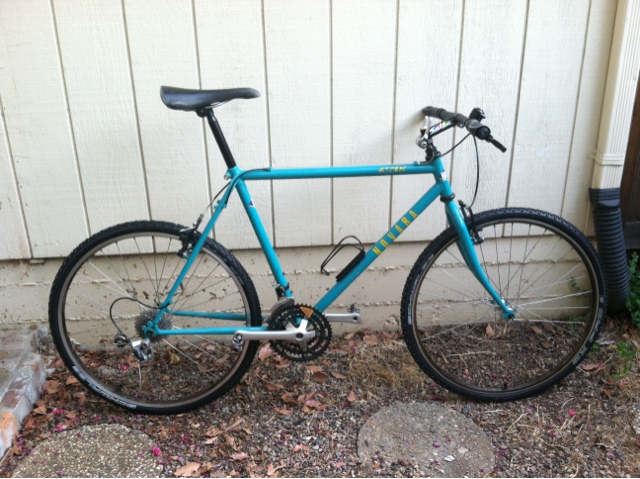 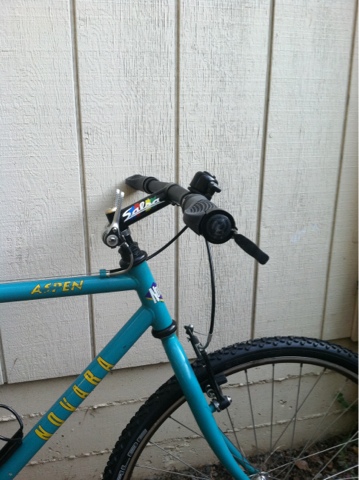 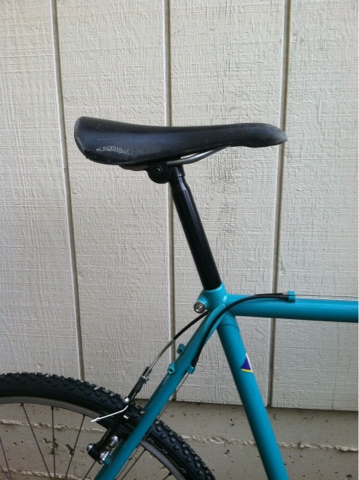 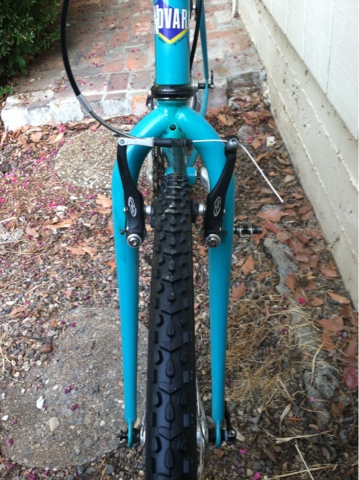 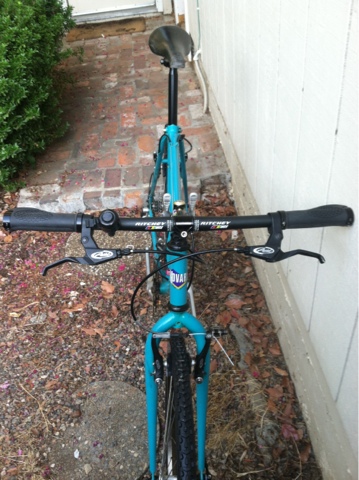 So what are my retro options for a flat bar bike (remember the bike has to be a "mountain bike" no crazy cyclocross bikes allowed)?

The obvious first choice was thumb shifters ---- but I kind of don't like those either, it seems convenient to have that shifter right there and it's easy to push it away from you with your thumb. But I'm not very good at getting it back.

I really like the Suntour micro-ratchet Power shifters bar cons and have used them a lot. But that won't work on a flat bar bike. Except, Suntour made a stem mount Power Ratchet as well. Totally friction and buttery.

I picked up a set on eBay for $19 shipped. Suck it index.

Oh yeah, did I mention this bike has a threaded fork/stem? So mounting the stem shifter is easily done. I just got her hooked up and blammo, I'm in love.

Not all stem shifters are pieces of shit ----- don't believe the hype. 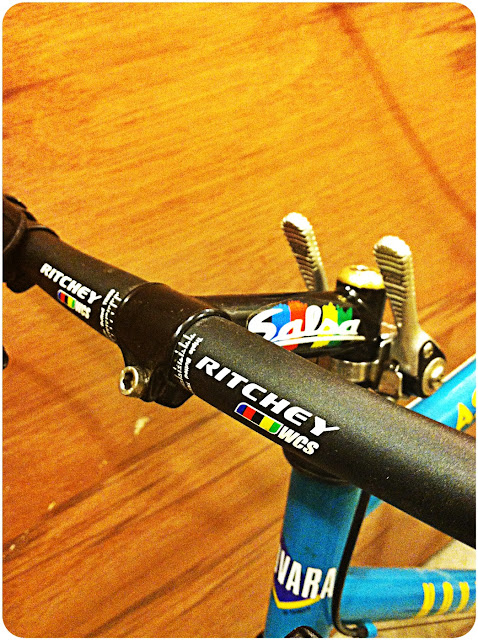 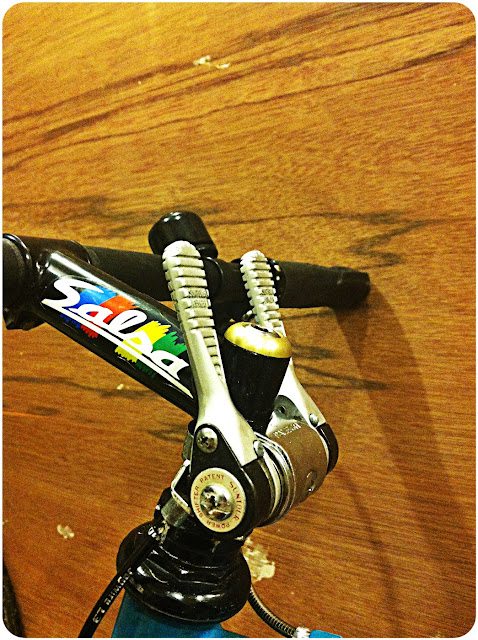 
So I decided I needed an epic challenge. I used to do triathlons but could never get past the hatred I feel towards swimming. Not surprisingly, I also suck at it. My first sport was kayak racing. I wanted an event more about finishing than racing but was still a race. Something unique, new.

I settled on the Dawn to Dusk adventure race in San Luis Obispo for 2014. Its 12 hours of kayaking, running, biking, orienteering, zip lining, etc. The winning time was 10 hours and those guys are probably elite. Is this an excuse to build up the "perfect" adventure racing bike? Perhaps.

Some of the course is paved and dirt fire roads and some of it is single track. Sounds like a job for a cyclocross bike. Except the race rules specifically state, "no cyclocross bikes."

This kind of made me mad. What about a CX bike were they banning, the drop bars? 700c? 32mm tires? I didn't ask them, but figured it was probably the drop bars that freak them out.

As a result I decided to build up a quick cyclocrossy mountain bike. Only catch is my slim budget. I found a Nishiki 1990s frameset plus parts on Craigslist for $20 but after getting it decided it was too small. Then I found a Novara Aspen 1990s mountain bike at the local thrift store for $42.

Over the next couple of weeks, I'm going to turn this thing into the "perfect" adventure racing bike.

One of my main objectives was to modernize this thing, the other was to lighten it. Going all weight weenie on a bike is a very slippery slope. I first said, who cares how heavy it is. Weight doesnt actually really matter, not really, right? Then I weighed the tires on the bike (nearly 2 lbs each). Next thing I know I just ordered titanium quick release skewers that weigh 48 grams (compared to the stock ones of 191). That's a 1/3 of a pound on just the skewers alone! 19 cents a gram! And so it goes...

I got an email from the creator of the a new "(non)team" founder Brian Bressler who created The Algea Velo .

Looks like a cool concept, open to anyone, but don't worry even though they're a (non)team, they have cyclocross skinsuits.