The adventures of getting my new cross frame 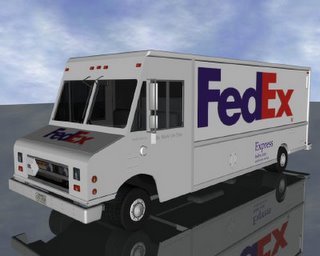 So, the FedEx online tracking showed that my bike frame had made it into Sacramento from Los Angeles on Firday morning at 4:38am and that the package was scheduled for delivery that day. Because FedEx wont leave a package for you at your door, I chose to wait around all day for it to arrive. My large bedroom window looks out on the street and driveway below and I opened the plantation style shutters so that I could see the big white truck pull up when my new cyclocross frame arrived. Throughout the day, whenever a large truck drove past my house I looked excitedly over my shoulder to see if this time it really was my bike that was finally here, but it never was. I checked the online tracking several times that day making sure that it was still on its way. Then, when I checked again a little after 5p, their website said that the driver attempted to make a delivery, but that I was not home. What? I had been home all day long, I had put off doing errands that I needed to get done, just because I didnt want to miss this, my doorbell works very well, and my window was wide open so I could hear anything that sounded like a FedEx truck outside. I called the customer service hotline and asked them what the deal was, and he said that they had tried to deliver it but I wasnt home, and I , not so calmly, told him what I just wrote above---I've been home all the damn day waiting for this stupid box to arrive. I walked downstairs and outside, and asked, "isnt the driver supposed to leave a door tag if he tried to deliver and im not home?"

"Yes" said the customer service guy. "Well he didnt, there's no door tag here" And thats when I realized that the guy never showed. Maybe he wanted to get off early this friday, maybe he was drinking a beer with his buddies, but whatever he was doing, he hadnt tried to deliver my package. The CS guy told me there was nothing he could do and that it they would deliver it tomorrow and I hung up. Dissatisfied with the answers I got from him, I called back. I was thinking maybe I could go right now or early in the morning to pick up my box in person and not rely on a shotty incompetent FedEx driver. When calling back, the woman at customer service informed me that she would give a note to the driver to not deliver it so that I could pick it up, but she assured me that he wouldnt get this note in time, he would still try and deliver and that I could pick my frame up on Tuesday. Tuesday! WTF! It took 2 days ti get from Los Angeles to Sacramento (a 7 hour car ride) but its going to take 4 days to get from Sacramento to my hands? Fine, I'll live with that.

I spent the night at my girlfriend's house on friday night and drove back to my place at 9am the next morning, as I was about 5 blocks from my house, I saw a FedEx truck going to opposite direction. No! I figured he already tried to deliver it and no one was home. So i jammed it back to my house, flew up and into the driveway, ripped the door tag off of the door, hopped back into my car and drove speedily through the neighborhood as if I was trying to find a lost dog in order to catch the FedEx truck and get my bike frame. Finally, I saw the truck pulled over at the side of the road about 1 half mile away from my house, and I got my new cyclocross frame. And, as you'll see in a later post, it was well worth it.
at 8:25 AM

Jeremy!! calm down my friend. We still have over 7 months until cross season is here. :). I don't blame you though, i get ancy about these sort of things too. Cant wait to see the finished ride.
cheers,
DP

Chrissakes. Reading this, I see myself. I admit it. This site is like therapy...or maybe co-dependence. I would have beat the crap out of that fedex driver with a crank arm.